The Compassionate Care Initiative believes that purposeful, sustained, and robust instruction in resilience is critical for caregivers' health, wellness, and longevity.

The CCI nurtures students, faculty, staff, and clinicians who are resilient and compassionate - and who understand that caring for themselves provides a foundation for the safe and exceptional care of others. It is to this end that we work.

Our purpose is to cultivate a resilient and compassionate healthcare workforce—locally, regionally, and nationally— through innovative educational and experiential programs. We envision safe and high functioning healthcare environments where all staff embody compassion in their work.

The seeds for the Compassionate Care Initiative were planted in 2009. It has evolved and grown into a comprehensive program far greater than the original vision. Funded by a generous benefactor in 2009, an initial interprofessional group of ten University of Virginia healthcare providers attended an eight-day contemplative retreat in New Mexico that focused on end-of-life care. As Dean of the UVA School of Nursing who participated in this program, Dorrie Fontaine experienced firsthand the value of contemplation and its role in resilience. It was also there that Dorrie Fontaine had the opportunity to meet Susan Bauer-Wu, the first director of the CCI.

From 2010 through 2013, two consultants, Cynda Rushton (nurse ethicist at the Johns Hopkins School of Nursing) and Monica Sharma (physician and former United Nations director of Leadership and Capacity Development) led a series of workshops. Multiple clinicians, faculty and staff across the Health System and Schools of Nursing and Medicine and other University schools were introduced to Dr. Sharma’s model, the Conscious Full-Spectrum model. This process helped to engage UVA clinicians in unit-based projects related to end-of-life care in different clinical areas, including pediatrics, palliative care, emergency medicine, and oncology.

A video, created in 2012, showcased UVA faculty and clinicians implementing the early CCI work. The video described The Pause, a 45-second pause following unsuccessful resuscitation in the UVA Emergency Department to honor the patient and the hard work of the clinicians involved in the code; The Pause was formalized by Jonathan Bartels, RN in response to feedback by a student chaplain. One of the key features of the video is the voices of the clinicians, faculty, and chaplains speaking of how they themselves were changed and learned to “show up differently” in leading the institution towards a more compassionate environment.

The early years set the foundation for CCI and the recruitment of Susan Bauer-Wu who served as Director from January 2013-December 2015, and the hiring of Hannah (Walker) Crosby, CCI program coordinator.

Now, CCI is a highly integrated program that touches students, faculty, and staff across UVA, the broader community, and beyond. CCI promotes clinician (and student-clinician) wellness and high-quality, compassionate clinical care through a variety of educational offerings and supporting Compassionate Care Ambassadors to be role models and champions in their respective settings.

Resource
Electives
Undergraduate and graduate courses housed at UVA's School of Nursing related to self-care, resilience and compassion.
Resource
Got Resilience?
Why teaching clinicians to be mindful and resilient makes for more compassionate, safer, higher quality care -- and how the CCI does it. 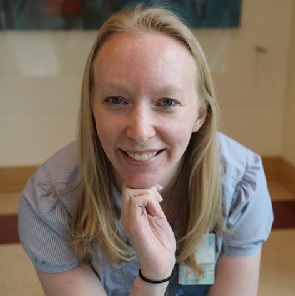